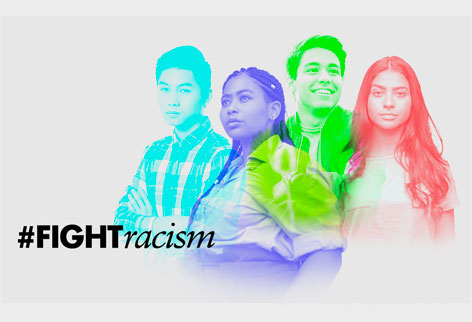 If you can’t find it, just ask.

Films and commentaries are a great way to learn. Here are two good recommendations:

Slave Routes: A Global Vision
“Slave Routes: A Global Vision” is an educational and informative documentary supported and produced by UNESCO. It presents the diverse histories and heritages stemming from the global tragedy of the slave trade and slavery. Aimed at a general audience, it provides an overview of the massive deportation of African populations to different parts of the world including the Americas, Europe, the Indian Ocean, the Middle East, and Asia.
View Here

Slavery and Suffering – History Of Africa with Zeinab Badawi [Episode 16]
Much is known about enslaved Africans once they arrived in the Americas and Europe, but in this episode Zeinab Badawi looks at the impact on Africa itself of one of the most evil chapters in human history: the trans Atlantic slave trade.
View Here

International Convention on the Elimination of All Forms of Racial Discrimination

Season 1 : Hair – The Ruby Williams Story
This Podcast offers an insight into hair discrimination based on race. It helps to understand the way black hair grows and how the school uniform policy needs to be correctly applied and teachers educated.

The Ark Of Return Memorial
The Permanent Memorial was unveiled on 25 March 2015, which marks the International Day of Remembrance of the Victims of Slavery and the Transatlantic Slave Trade. The memorial, located on the United Nations Visitors Plaza in New York, will invite people everywhere to contemplate the legacy of the slave trade and to fight against racism and prejudice today.

Other Useful Documentaries on Racism